Professor Jayashankar Telangana State Agricultural University (PJTSAU) has celebrated its 5th foundation day at the University Auditorium, Rajendranagar on 03.09.2019. The Agricultural Minister of Telangana State S. Niranjan Reddy attended as chief guest and spoke on this occasion. While addressing at the foundation day he stated that, the Telangana Government is redefining the agriculture in the country under the leadership of the Chief Minister Sri K. Chandrashekar Rao. Telangana Government had initiated several schemes and programs for the welfare and well being of the farmers in the state he said. All the programs of TS have become role model for the other states to follow and implement he added.He urged the scientists of the university to put special focus on agricultural education and research and developing new crop varieties which would suitable for the state at large. Under the visionary leadership of the Chief Minister Sri K.Chandrashekar Rao Telangana Government has constructing the large scale lift irrigation projects for providing of irrigation water to the farmers and the only state in the country is supplying 24hours free power to the Agriculture, Rythubandhu and Rythubheema schemes for ensuring the profitable agriculture he said. He Further stated that, Telangana is the only state which is giving highest priority to the agriculture in the country for the betterment of farmers. He suggested the university administration to plan for more UG and PG colleges, agricultural research stations, agricultural polytechnics to provide quality education in the state. Agricultural Minister has appreciated the efforts of the Vice Chancellor for achieving the 6th Rank at all India level and 1st in the South India. He further suggested that, university has to work for gaining of international recognition in providing the agricultural education and research. Earlier, agriculture minister has garlanded and paid floral tributes at the statue of the Professor Jayashankar near inner gate along with Vice Chancellor Dr. V Praveen Rao.

Dr Rajeev K Varshney, Research Program Director, Genetics Gains and Center Excellence in Genomics & Systems Biology, ICRISAT has delivered the Professor Jayashankar Commerative Address on “Global Innovations in Agriculture to feed 1.7billions in India” on the occasion of 5th Foundation day of university. While delivering the commemorative address, Dr Varshney said that India is now free from hunger but, about 42 percent of the children are suffering with the malnutrition. Ensuring the nutritional security for the growing population has becomes major challenge. He said that, India has required the 358 million tonnes food grains by the year 2050 to feed the population to ensure that there is need to utilise faster breeding technologies as well as to utilise the global innovations in the agriculture sector. There is need to reduce the yield gap in farmers field by adopting newer varieties, as well as implanting new breeding techniques. He further suggested that, the present seed system has to be strengthened, refining the integrated crop management, innovative irrigation systems have to be implemented, preventing the post-harvest and food wastage loss and effectively use the Information Communication Technologies in agriculture extension services he said.

Dr V Praveen Rao, Vice Chancellor, PJTSAU has gave the report on the university achievements and accomplishments since the formation of the university. University is striving hard to provide international quality infrastructure and education to the students of the PJTSAU he said. Dr Rao, said that, several reforms in teaching, research and extension programs had yielded fruitful results and university ranked one of the best agricultural university in the country he added. PJTSAU is joining hands with several national and international institutions to have the bilateral cooperation in agriculture research and education he said. 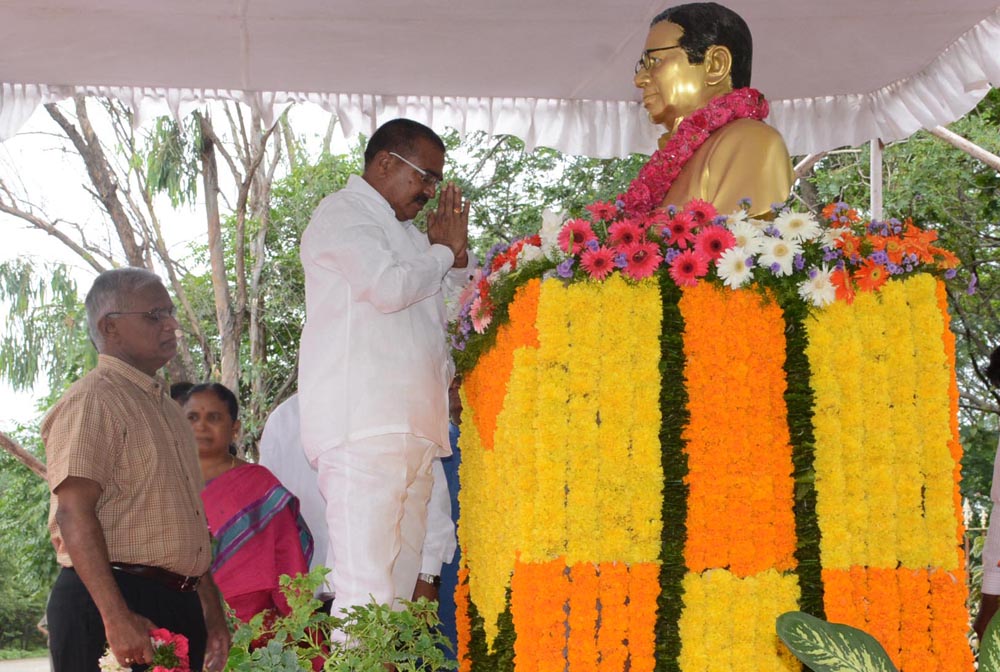 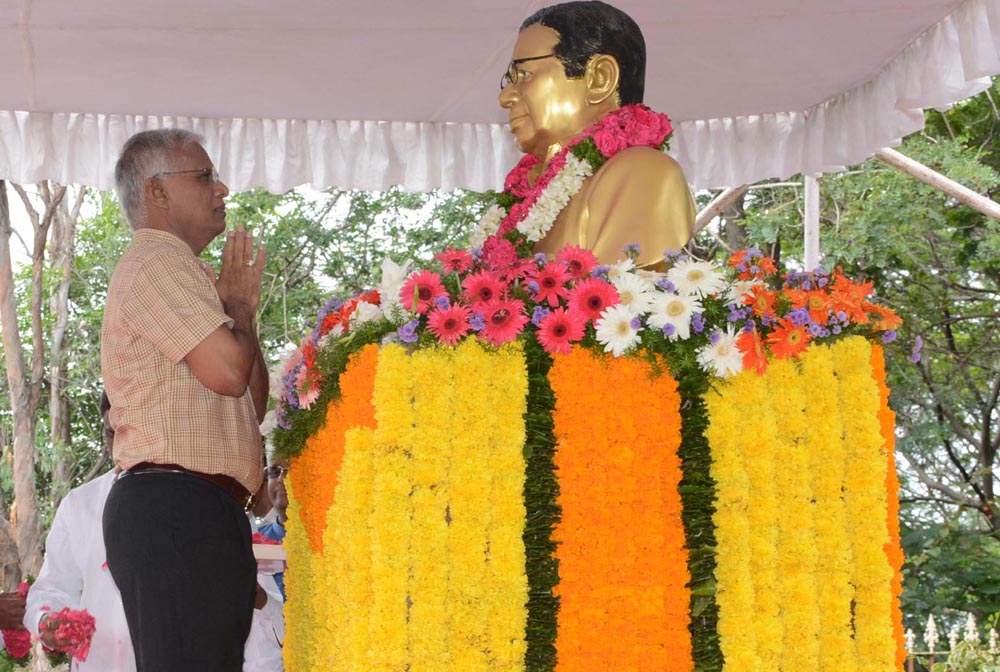 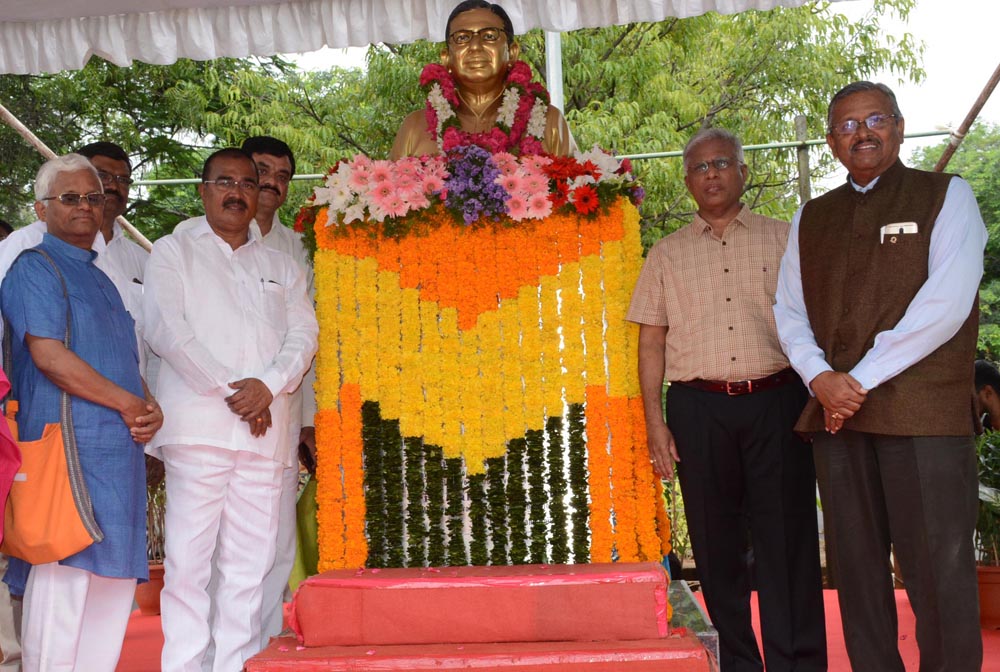 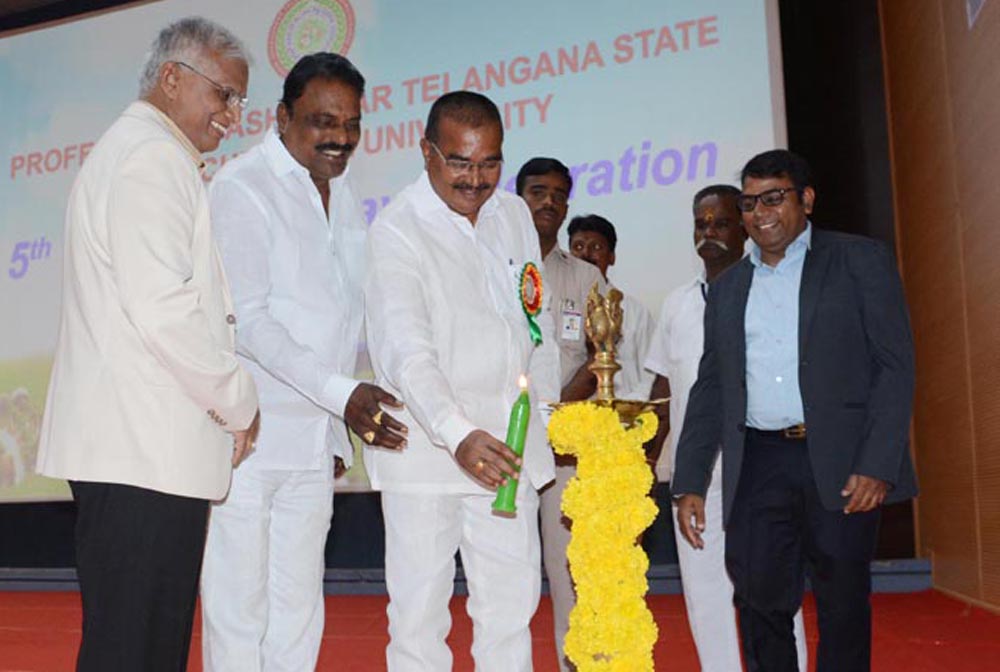 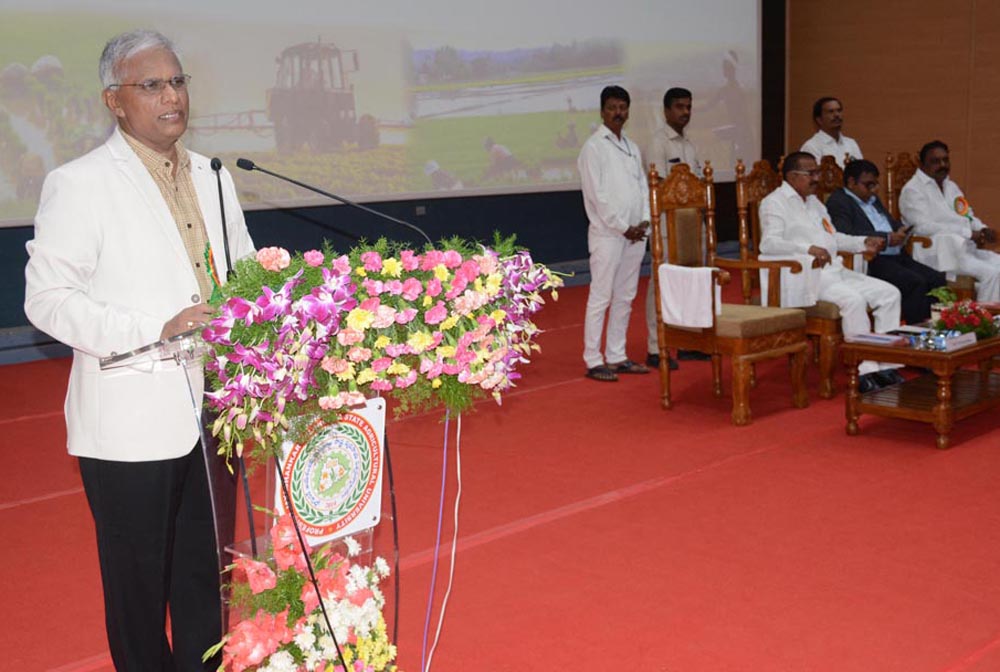 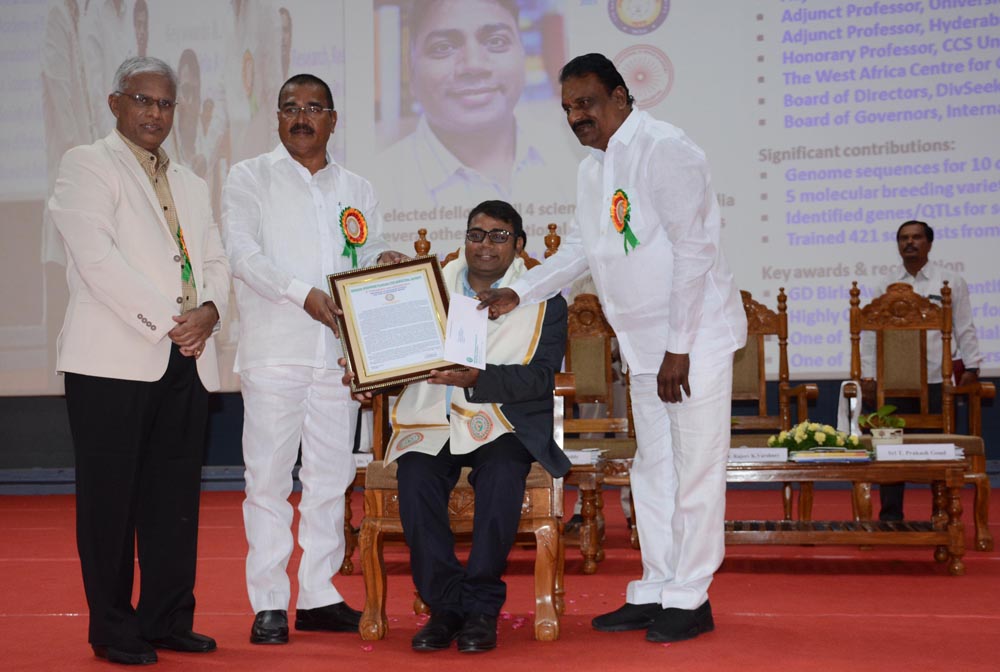 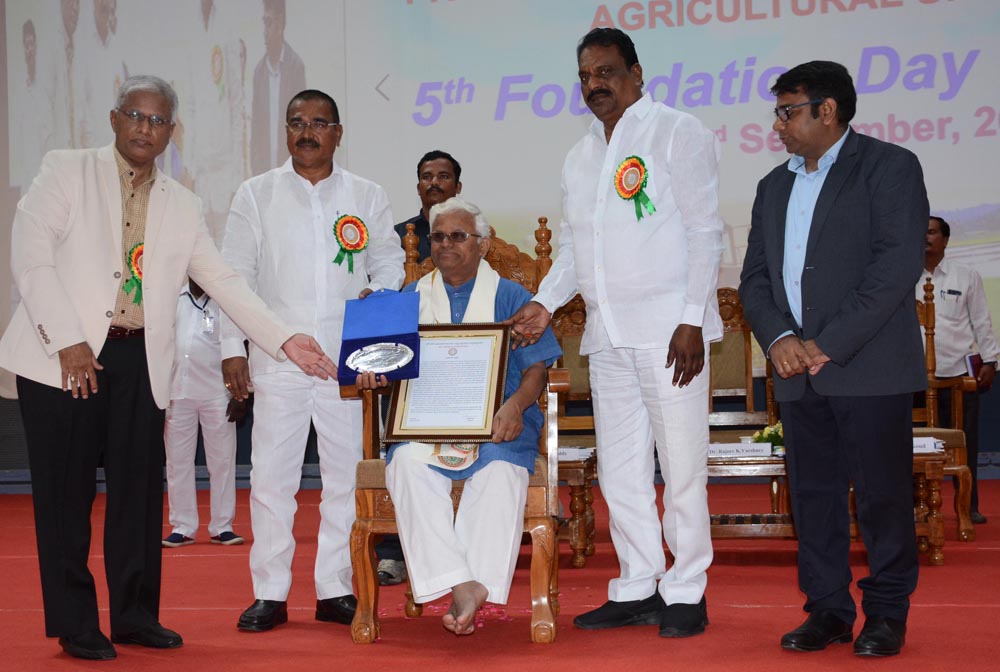 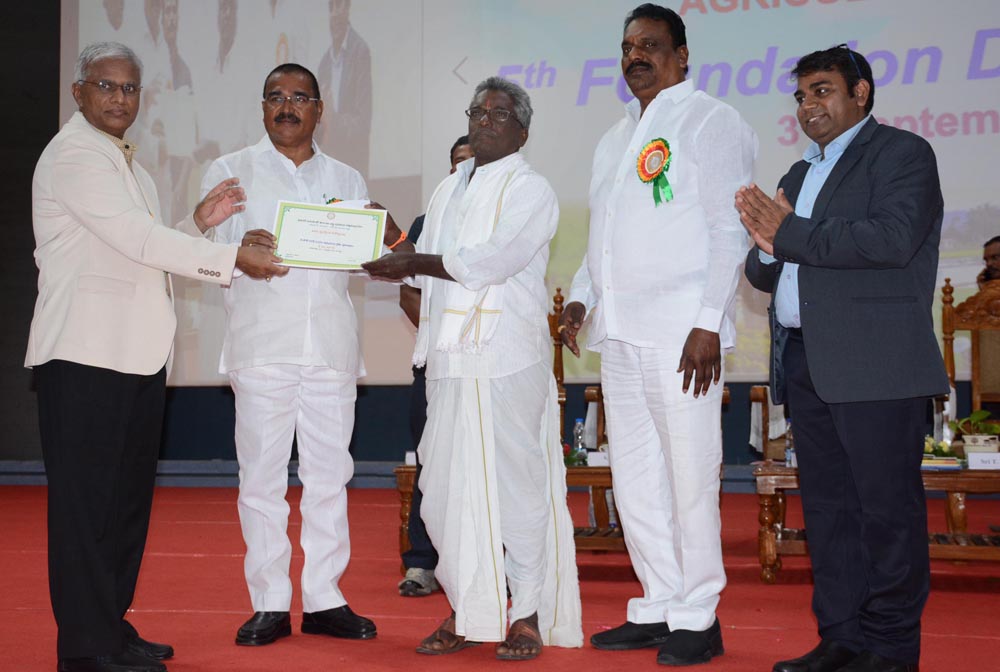 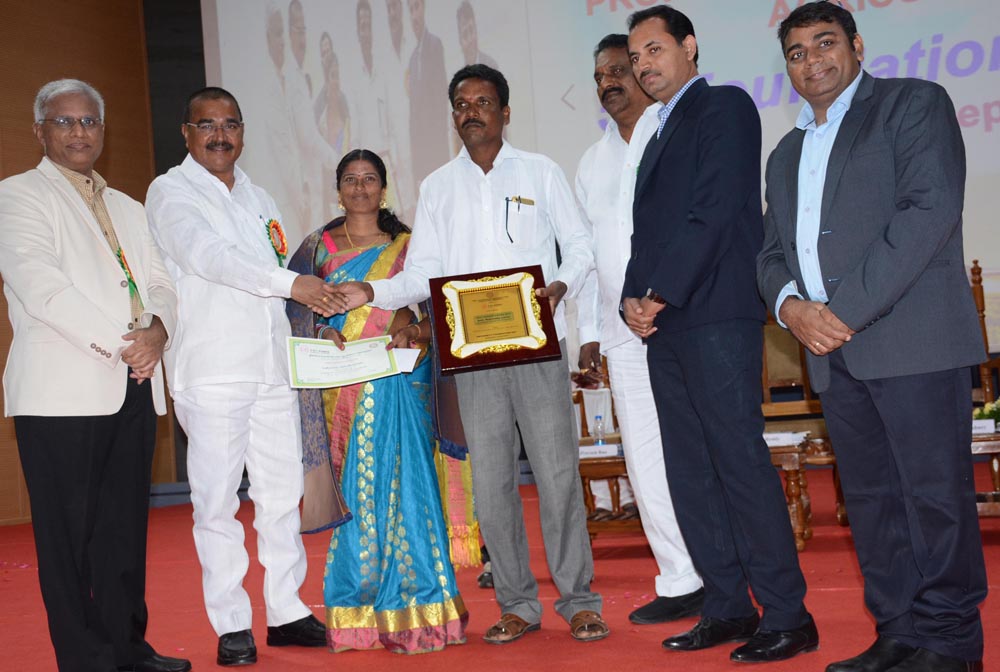 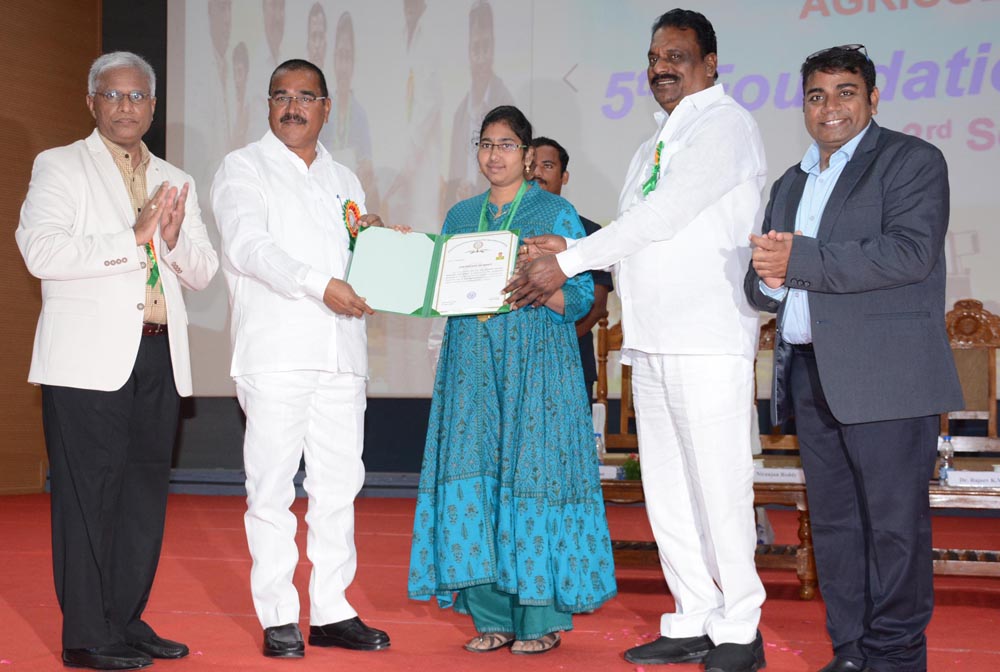 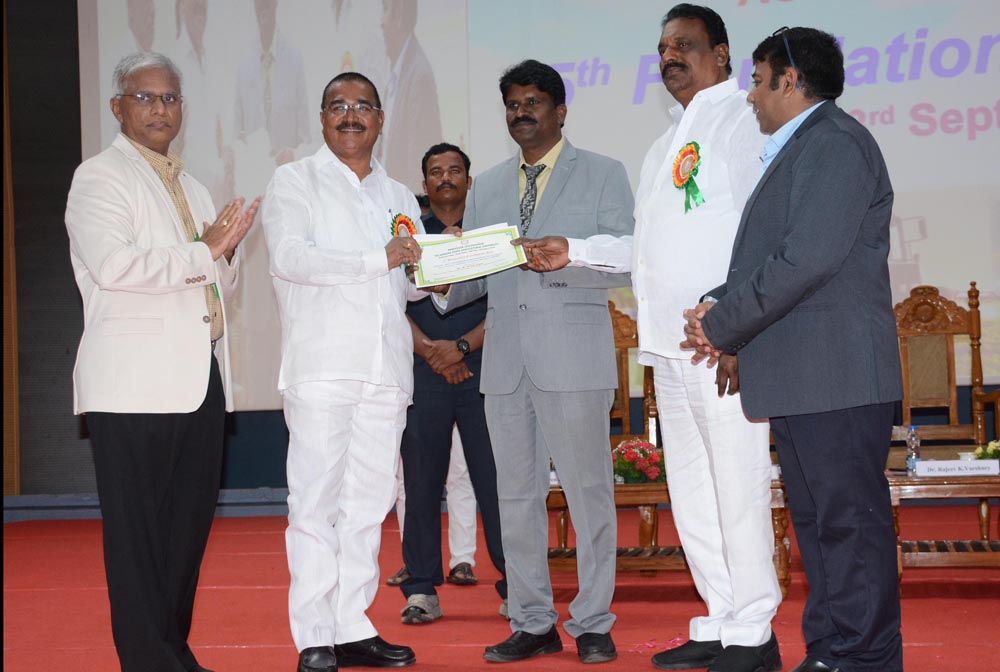 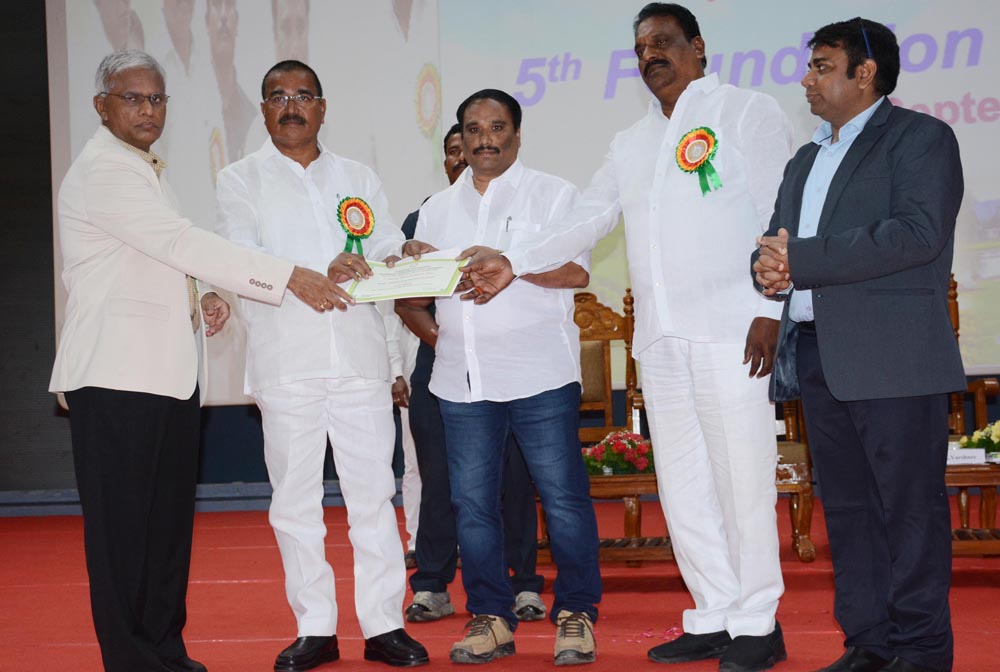